Explobers is a puzzle platformer that looks and feels like it was made for the NES. You play as a trio of characters (that look like distant cousins to Q*bert) with specific abilities that help you reach the exit platform of each stage.

The red one can explode on command, destroying any small blue blocks in its blast radius. The blue one can create a block which is useful to bridge gaps or reach higher locations. The green one has the abilities of the other two, making it versatile. Note that using any special ability (or of course landing on spikes) results in lowering the total count of remaining explobers you have to work with for that stage. If you complete a stage with enough explobers remaining, it counts as an 'expert clear'.

Controls for this title are tight and responsive, which is crucial for a game like this. Surprisingly, you can even remap buttons (at least on an Xbox controller) for this game, which I strongly suggest. It's not that the default control scheme is bad or anything, but you want to be absolutely certain you know what each button does.

The platforming in Explobers feels like a combination of NES classics (such as Mario, Mega Man and TMNT). You can skirt past slight overhangs with a last-second leap, jump a short gap even with a low ceiling and drift a bit horizontally as you fall to reach lower areas. Explobers also reminds me of the SNES classic The Lost Vikings to some extent, as you can switch between the three characters and even stand on top of each other to get a bit more vertical reach. I hope you're adept at these strategies, because you'll be using just about every platforming trick you can muster to finish some stages.

As you might expect, stages get progressively more difficult and introduce new obstacles such as spikes, lasers and mounted turrets. These are added gradually, making the overall pacing of difficulty fairly linear (though some insane levels pop-up out of nowhere sometimes).

Explobers is a challenging and sometimes frustrating game, as stages often require you to plan ahead as well as place platforms at exact positions. Place a block too high or too far, and you can't reach it or you block yourself off. Place a block too low and you might not have enough explobers remaining to finish the stage. Thankfully, the game has unlimited continues and allows you to restart a stage at anytime. Additionally, you're given three 'skips', allowing you to bypass the most problematic stages. With 80 levels though, you better use them wisely!

While difficult, the game also has a sense of humor. The explobers themselves look around during their idle animations with an expression that seems to say "how are we supposed to do THAT?" Completing stages and getting expert clears earn you coins, which can be spent to change your graphics. You can "upgrade" from EGA all the way to (gasp!) VGA and even get the amazing winter theme later on. I took this as a jab at the popularity of additional paid content, much the same as DLC Quest did.

Explobers pushes your planning, puzzle and platforming skills to the limit for a challenging but rewarding experience. Give it a go if you like your games "NES hard"!
Posted by Shenanigans1930 at 5:37 PM

Get beadsprites sent to your door, discounts on my Etsy Shop, custom chat commands, Discord emojis and more!


If you'd like to make a one-time donation instead, you can do so by clicking the "Donate!" image below. 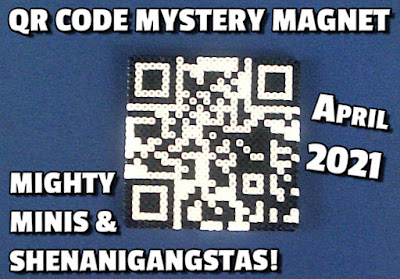