At its heart, Sort the Court! is a resource management title. You play as a king, and your job is to grow the kingdom and join the Council of Crowns. Managing the kingdom is done by simply answering 'yes' or 'no' questions asked by the various NPCs that enter your castle and trying to keep up the kingdom's three assets - population, happiness and gold. It's not quite as easy as it sounds, however.

Sometimes just one damage makes all the difference!
Posted by Shenanigans1930 at 6:45 PM 0 comments

Your quest for some apples turns into a tale of war, assassination and political intrigue!

Legionwood: Tale of the Two Swords is a turn-based RPG in the vein of the classic Final Fantasy games. You play as a brother and sister looking to pick up some apples at the market, which have all been sold due to the festival at the capital. Festivals are fun, so the two of you go check it out... and plunge headlong into an epic adventure!

MMOMG is back and (based on the stream poll) I'm playing SWTOR this month... assuming I can actually play for a whole month. Login hassles and an avalanche of free-to-play restrictions just might end things prematurely.
Posted by Shenanigans1930 at 2:48 AM 0 comments

Mine for ore and discover hidden powers as a steampunk robot!

SteamWorld Dig is a Metroidvania style game with a focus on mining. You play as a robot that has inherited his uncle's mine out in the desert. The local townsfolk are happy to see the mine re-opened and gladly assist you via purchasable upgrades. They also happen to know a thing or two about your uncle, particularly that he's hidden a lot of specialized tech down in his mine. 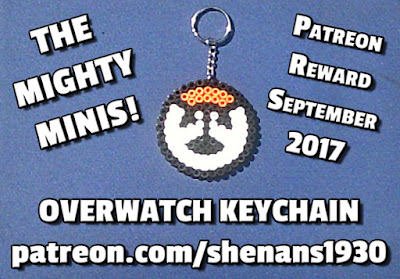 Hey everyone! This month's "Mighty Minis" supporters on Patreon will receive an Overwatch logo keychain, handmade by yours truly!
Posted by Shenanigans1930 at 5:16 PM 0 comments

Poor Kel'Thuzad - the one time it looks like things are going his way, Rafaam goes full whale.
Posted by Shenanigans1930 at 8:50 PM 0 comments

What happens when you blend artificial intelligence, alternate dimensions and ancient legends? Are you sure you're ready for the answer?

It's no secret that Frost Lich Jaina is an OP card in arena and appears frequently thanks to it qualifying as a "synergy pick" card for mages. Thankfully, you can deny Jaina free Water Elementals, but you have to make a few unusual plays to do so.

This video includes other highlights as well, with appearances by Mad Bomber, Shadowcaster and a very resilient Patient Assassin!

The Results Are In! SWTOR in September! - MMOMG

As per the poll results, Star Wars: The Old Republic (SWTOR) is September's MMOMG.

I'm not really sure what class I'll be playing. I always like to have the option to tank, but I've heard that storyline plays an important role in enjoying the game. From a story aspect, smugglers or bounty hunters sound interesting... so maybe bounty hunter since it has a tank option?

If you can't tell, I haven't played SWTOR before. I was one of those haters that loathed the demise of Star Wars Galaxies and nearly dry-heaved at the thought of "on rails" space combat. Some of the early cash shop/subscription complaints (such as the infamous helmet fiasco) was more than enough to keep me away from the game all this time.

But (to borrow an appropriate phrase), that was a long time ago in a galaxy far, far away. One of the points of this series is to try a bit of everything, and I'm well over the end of SWG... so let's see what SWTOR has to offer.

Khimera: Destroy All Monster Girls is a platformer in the vein of Shovel Knight and Megaman (though much easier). You play as a newly-created monster hastily finished to track down a band of pirates that raided your town. As you defeat bosses, your scientist "dad" uses their DNA to give you new abilities. The entire story is intentionally goofy and packed with hilarious moments.

Hey everyone! I've decided to let all of you decide what September's game for MMOMG will be! Vote in the poll before it closes Friday night. I'll announce the winner at the end of "The Friday FREE GAME Feature!" stream. 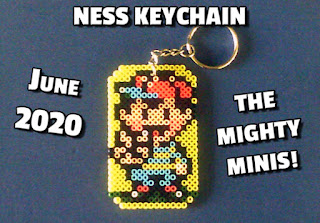