Stories Untold is an adventure puzzle game with some sci-fi and psychological horror elements. The game is divided into four episodes, each with their own mechanics (from classic text adventure to codebreaking). Episodes can be played independently, but are all connected by a story (which becomes clear during the final episode).

While the game as a whole feels like it could've been longer, each episode is just about the perfect length. Doing the same kind of puzzles can get tiring after a while, but the episodes make sure not to overstay their welcome. You can find more of my thoughts on the title at 3:32:07 in the video above.
Posted by Shenanigans1930 at 2:34 AM 0 comments

Romans From Mars is a simplistic shooting game that plays kind of like a tower defense, but not really. You fire a ballista at incoming waves of enemies before they reach your wall. Enemies that aren't killed in time deal one damage to your wall, and you lose if the wall reaches zero health.

This game is a textbook example of the cash-grab mobile game ported to PC. It quickly spikes in difficulty (level 19 is a good example) and sets up situations where you don't have enough currency to keep up unless you grind slowly or pay money. More annoying than that, the game doesn't always register mouse clicks (or perhaps somehow delays them), giving enemies some free time to advance at the start of a level and typically ruining that particular attempt altogether.

It's also fairly limited on defense options, with upgrades to the ballista, wall health, and a magic spell to freeze (or burn) enemies. While the title plays somewhat like a tower defense game, it's missing staples such as autofire turrets, mines/traps and barricades, to name a few. 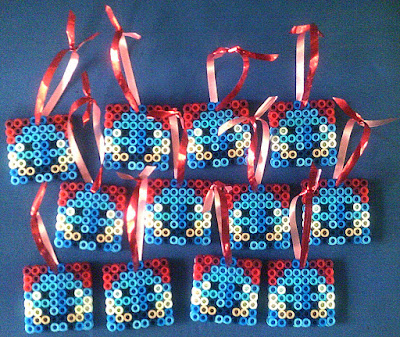 Patrons, your trolls are ready! I'll be sending your Shenans Perlers and Thank You Cards very soon (hopefully tomorrow)!

Thanks again to all of you for reaching the first goal! I hope to have the Minecraft server up soon, and I'll be certain to announce that when it's ready!
Posted by Shenanigans1930 at 4:53 PM 0 comments 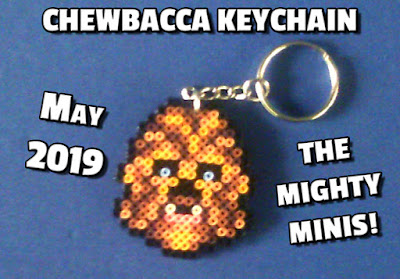 This month's Mighty Mini celebrates both Star Wars Day (May the 4th Be With You) and the late Peter Mayhew, who played Chewbacca in the film series.

Made from Perler mini beads, it's the perfect size for a keychain (or would that be a wookie-chain?). Now Chewie can be your co-pilot anywhere you go!
Posted by Shenanigans1930 at 4:40 PM 0 comments

World of Goo is a physics puzzle game where you use various types of goo balls to build a structure that leads to a pipe, allowing you to collect the remaining goo at the end of the level. Unlike the vast majority of games I play on Fridays, I'm already somewhat familiar with this title (having got it on Steam some years back). It's a solid puzzle game with a well-paced learning curve. If you want to hear more of my thoughts on the game, check out 4:24:53 in the above video.
Posted by Shenanigans1930 at 6:22 PM 0 comments

MilMo is an MMORPG that's been around over nine years, but slipped under my radar until recently. I quickly learned the game originally appeared on Facebook, which explains how I didn't know of it for so long. Anyway, MilMo is now available on Steam. You can find my thoughts on the game at 4:12:48 in the video above.
Posted by Shenanigans1930 at 6:40 PM 0 comments