The tour of Jody's place continues! We check out his mob farm, the Alfheim portal and his personal quarters, and see an explosive source of mana. He also provides me with a nifty gift using the Botanical Brewery!
Posted by Shenanigans1930 at 2:17 PM 0 comments

Do you feel the need... for speed?

Need For Speed Most Wanted is an open-world driving and racing game developed by Criterion Games and published by EA, and it's available free for a limited time on Origin.

Let me get this out of the way - I'm not a fan of driving games. I haven't played a game of this type since probably the PS2 era. Even then I casually tooled around on a couple of GTA titles while hanging out with friends, but we focused more on causing havoc in the city than actually driving. I have nothing against driving games, they just don't pique my interest. If you're wondering, I chose to play this title to add some diversity to the games featured on the series, because it's often a good idea to try something new or different once in a while.

That said, I can appreciate what this title has to offer for fans of the genre. There's a big city to explore with races, challenges, new cars and other unlockables waiting to be found. Beating the races and challenges earn you upgrades to improve your vehicles, and doing pretty much anything in the game eventually racks up points and achievements. This gives you a nice feeling of progression while you work toward the main goal of beating the elite drivers in town.

I was disappointed to see cars sitting out ready to claim, only to find out they're DLC-only and bring you to an advertisement screen. I'm not necessarily opposed to DLC, but the in-game ads are kind of lame. Being that I got the title for free, even the ads are somewhat excusable - though I can imagine how one might've felt when they purchased the game at retail price and stumbled across these.

Still, if you're looking to race across a city while evading the authorities and unlocking new stuff by exploration and completing challenges, Need For Speed Most Wanted will likely suit you.
Posted by Shenanigans1930 at 5:13 PM 0 comments

I take a boat ride to Jody's (Mandelsage) place and discover his love for Botania! Jody shows off a few cool things from the mod, including the Rod of the Shaded Mesa, Livingwood Avatar, Runic Altar and a mana gun!
Posted by Shenanigans1930 at 3:46 PM 0 comments

Transcendence is a sci-fi space game where you pilot a ship on a divine mission to reach the galactic core. You can choose from three different starting ships - freighter, yacht or fighter - depending on your playstyle. Beginning at the Sisters of Domina outpost, you're given some basic missions to get acquainted with controls and game mechanics important for your journey.

One of the game's strong points is its variety of options. While your choice of starting ship can affect your success at certain missions, you can always upgrade your ship with an assortment of weapons, armor and devices (and later on purchase entirely different vessels) assuming you have enough credits.

The title has a high amount of replayability as well. In addition to piloting a different class of ship, each new game has some amount of procedural generation to keep things fresh. If that wasn't enough, there's even an array of expansions and mods to provide you with more campaigns. options, content and missions.

I don't have much in the way of negative remarks for this title, but I'll mention what few small gripes I have for sake of disclosure. I couldn't seem to find a reliable way to stop/brake my ship - the period key supposedly does this, but it didn't work for me. Also, a recent update added in-game music, but it seems to only have one song which plays just once, leaving you with the silence of space afterwards. I assume that a patch will likely fix that issue soon enough though, either with more tracks and/or a looping feature.

Those minor issues aside, Transcendence is a great game that provides a plethora of space exploration, combat and trading goodness!
Posted by Shenanigans1930 at 4:54 PM 0 comments

Is Your Love For Portal Still Alive? 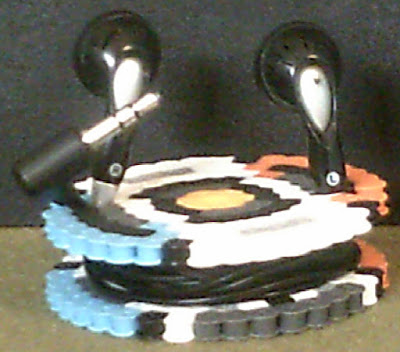 Let GlaDOS and Wheatley hold and organize your earbuds (when not listening to Jonathan Coulton, of course)! Now available in my Etsy shop! 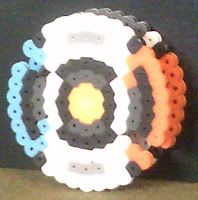 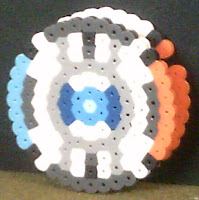 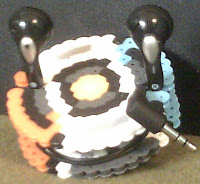 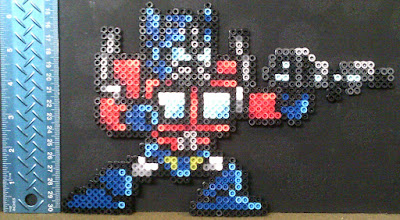 Optimus Prime's ready to kick some Decepticon tail in this Perler beadsprite, now available in my Etsy shop!
Posted by Shenanigans1930 at 4:24 PM 0 comments

Cam, Ginja, Noble and I play a couple rounds of Never Have I Ever!

This was a nice change from the usual survival-based videos. We have a lot of people that would be great for this game, so there may be more of these in the future!
Posted by Shenanigans1930 at 3:16 PM 0 comments

Mansionvania is a short platformer heavily inspired by the classic Castlevania games. You're on a mission to retrieve your pet which was stolen by a warlock. Chasing the villain to his mansion, you now must defeat the monsters and obstacles in your way.

If you've ever played the NES-era Castlevania titles, you'll feel right at home here. Enemies are defeated using your trusty whip, though you can obtain other weapons for a limited time. The controls are tight, though you'll probably encounter some frustration when enemies knock you back (which is perfectly in the spirit of the genre). Thankfully, the game provides you with unlimited lives, allowing you to memorize strategies and progress much faster than the titles it was inspired by.

While most of the monsters were standard for a game like this, there were a few interesting additions. The guy that spawns a large slime when you get close was pretty neat, and the boss fights were all enjoyable (which was also the case with another title from the same developer called Yet, I despise him).

If you have some free time to spare and need a quick Castlevania-style fix, be sure to check out Mansionvania!
Posted by Shenanigans1930 at 4:50 PM 0 comments

Back at home, I show off a slime-based experience farm, a new storage area and discuss what's next.

I had fun doing the "Hamateur Science" segment, both recording and editing it. I didn't have an actual script for that part, but I had a general idea of what I wanted to talk about and just improvised the majority of dialogue. I think it turned out alright.
Posted by Shenanigans1930 at 4:33 PM 0 comments

Wrongly imprisoned, you make your escape in this action game reminiscent of classic Legend of Zelda.

Prisoner was developed in the span of one month as an exercise in game design. As it was the developer's first game, I'd say they did a decent job at putting together a functional title.

You awake in a cell, hearing the voice of someone who has supposedly come to your rescue. Grabbing a convenient nearby weapon, you traverse the prison looking for a way out. The game (both in looks and play) feels very much like oldschool action games from the NES-era, such as Legend of Zelda. You can break open crates to find extra health and "coins" that can help toward attaining extra lives. You only have a sword through most of your journey, but towards the end you finally get to pick up a bow. Most of the game involves dodging obstacles and avoiding pitfalls along with timing your attacks against enemies.

The title also seems to include an element of stealth, as enemy aggro looks like it's based off their visibility. Unfortunately, you often have to kill every enemy to get to the next section, making this pseudo-stealth mechanic somewhat less important.

As I mentioned above, Prisoner is functionally sound and a good first attempt at game design. It lacks any real punch though - the gameplay is basic with little variance and the dialogue is pretty bland. After being defeated by what I assume was the final boss, I couldn't find a good reason to jump back in and try again.
Posted by Shenanigans1930 at 4:20 PM 0 comments

Mad Miner and I chat about upcoming mod updates and other topics as we travel to his place. He gives me a tour of his base and shows off the basics of the DaVincing mod.
Posted by Shenanigans1930 at 5:59 PM 0 comments 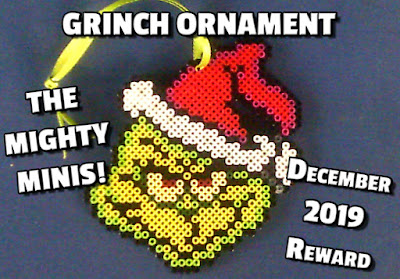