When publisher Turbine decided to convert Dungeons & Dragons Online from a subscription-based game to a free-to-play model, the game's subscriber base went through the roof. The game's success made many stand up and take notice, and has since been seen as the catalyst for the tidal wave of games also making the free-to-play conversion.

Is the game all it's cracked up to be though?

Yours truly decided to give it a whirl - I've been a fan of D&D since 2nd Edition and thought that the MMO equivalent had to be a fun ride.

Initially downloading the game took a couple hours on a cable connection. It's a large game, and unlike some titles that download in bits and pieces (EQ2 and Wiz101 comes to mind), DDO wants to be fully installed before you get to play. For the mega-impatient this is quite an annoyance, but I managed to keep busy and wait for the files.

Once the game was installed, I gave character creation a go. There were a great deal of customization options available - much more than would be expected from the basic free-to-play genre. This makes sense of course because it is a former subscription-based game. I was a little disappointed that some of the races and classes were locked out to the average free player, but there are a number of options available that you shouldn't feel too hindered by this.

The graphics for the game were very good, detailed and much less cartoony then most of the popular MMOs out there. One thing that took some time to get used to however were the controls. Many MMOs are setup to allow holding down both mouse buttons for character movement, but in this game they are used for basic attacks. Several other games, such as DCUO and Vindictus, are now using this method and I wonder if DDO didn't help to encourage this style of controls.

The game starts you out on a shore where you are found by an NPC, apparently the survivor of a shipwreck. You then follow a party of NPCs through a cave to get you adjusted to the game. From there you are taken to a small village full of NPCs ready to give you quests. As you can guess by the title, the majority of the action takes place in instanced dungeons. All of the early content can be soloed fairly easily, allowing you to learn how your character plays.

There is one annoyance to this starter village however - it is separated into a before and after event. If you haven't finished the event yet, then you can only quest with other players still in the "before" section. The problem is that chat is not setup separately for the before and after areas, meaning you might accidentally try to group up with people in the wrong setting and it simply doesn't work. This can be confusing and frustrating, and is something I hope they have fixed soon if they haven't already.

After completing the quests in the small village, you can move on to the game proper and explore the city of Stormreach. Again, all the dungeons are instanced, as well as the outer areas. It's a little odd having an instanced "open world" and it makes the game feel a little lonely. On the other hand, you certainly won't have to worry about someone camping your quest monsters!

You'll find that after a number of dungeon dives in the city proper, you're going to have a tough time completing them alone. The dungeons are meant to be played in a group, much like the original pen-and-paper game, so those that enjoy soloing to the level cap will be in for a nasty surprise.

Another thing that takes some getting used to is character progression. The level cap is 20, which sounds really low, but don't let the number fool you. Levels are split up into pieces, and each "mini level" gives you some form of advancement. The game uses a system similar to the 3rd Edition rules, but has some notable differences as well. If you're not familiar with the pen-and-paper version, this is going to knock you for a loop. It almost feels like you should buy a copy of the 3rd Edition Player's Handbook just so you know what's going on, which is a little weird.

As for the free-to-play experience, there's a lot of content out there for you to explore, though you will ultimately end up having to do the same dungeons over and over again to either grind Turbine points or give in and purchase them to unlock new content. Thankfully, there is a large community in the game and it should be pretty easy to find a guild to join that will help you get going in the game.

The cash shop is huge with just about everything imaginable ready for purchase. The vast majority of the items are fair in terms of paid bonuses, and there's really not a huge "pay to win" factor going on, which is a big plus. One of the most irksome things I find about free-to-play games are the amount of pure "autowin buttons" found in their cash shops, and DDO keeps this to a minimum.

So, if you're looking for something a little different in terms of MMOs, but still want a large community, DDO is probably your best bet. The gameplay is solid, the graphics are good, and the content is fun! 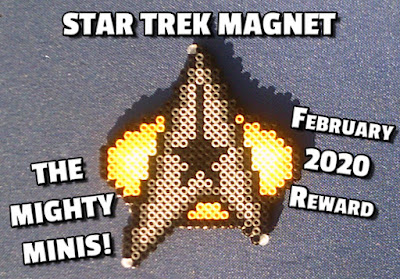